The primary objectives of this study were to evaluate the slimming and anti-cellulite effects of the BIOSLIMMING care after a single application.
93% of the subjects find ideal the care duration (60 min) and ALL felt it corresponds to the expectations.

Products issue: not applicable . The single care was done by the sponsor's beautician

Application frequency: A single care was realized at the labotory Application method: according the protocol of sponsor (30-40 minutes wrap followed by quick massage with Ultra Slim Effect)

The results are in from the recent study to evaluate the slimming and anti-cellulite effect of a single Bioslimming treatment. The test group were all women aged between 20 - 63, average age being 41+- 3 years had a BMI ranging between 23 -27, had visible fat nodes on thighs and fat overloaded on their stomach, hips and thighs. 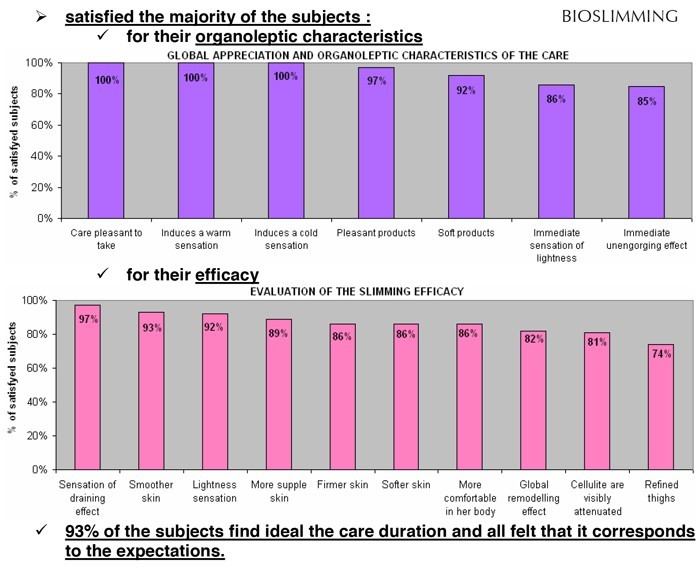